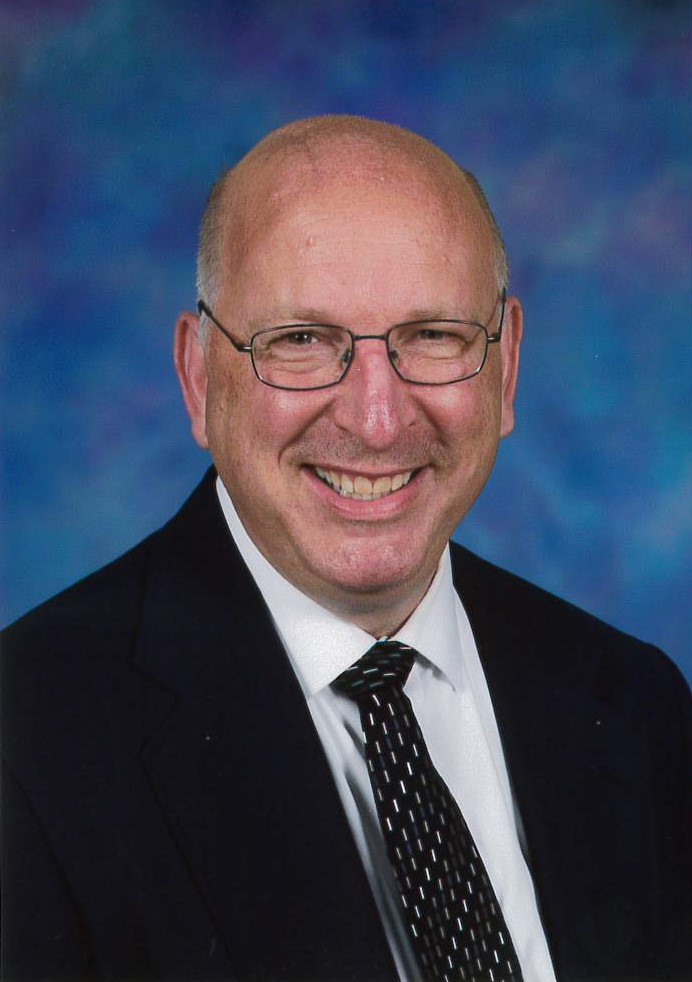 Meet Jim Krupski. Jim is the Principal of St. John's School. He was born in Berwyn, Illinois, an older suburb on the northwest side of Chicago. Being the son of a Lutheran pastor, Jim grew up in Lincoln Park, Michigan. At the beginning of second grade, he attended grade school at Calvary Lutheran in Lincoln Park and then continued at Lutheran High West in Detroit, Michigan, where he graduated in 1978. Following high school, Jim attended Concordia College in Ann Arbor, Michigan, and graduated from Concordia University in River Forest, Illinois, in May of 1982. He did extensive graduate work in history at Oakland University in Rochester, Michigan, and then received a Master’s degree in Educational Administration from Indiana University in 1997. Jim taught in Louisiana, Michigan, and Indiana with a large part of that time as chairman of the history department and student activities director at Lutheran High Northwest in Rochester Hills, Michigan. Jim has been a principal for the past 24 years in several states, including Indiana, Ohio, and Illinois. His most recent call was in Bourbonnais, Illinois. Jim loves music, history, and science fiction movies.

"I strongly believe that now more than ever, a strong Christ-centered school is vital. God has placed us together in this ministry to not only train our own but to reach out to a world that is desperately struggling to find hope. This true hope can only be found in Jesus Christ."

But thanks be to God! He gives us the victory through our Lord Jesus Christ.
1 Corinthians 15:57 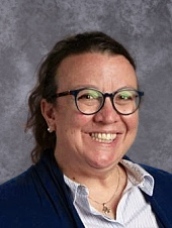 Meet Amanda Kohn. Amanda is the Ministries Coordinator for St. John’s school and is the smiling face greeting you in the school office. Amanda is a graduate of Concordia University, Wisconsin, where she received a Bachelors of Art in Health Care Administration. Currently, Amanda is working towards her master's degree to become a Deaconess. Amanda began her career at St. John’s in 2019 but has been a member of St. John’s Lutheran Miniseries her whole life. Amanda enjoys serving others by helping the staff, students, parents, community, and the congregation of St. John’s. When you enter the school office, you may find her coloring with a student on the office wall. When Amanda is not in the school office, you may find her at Divine Savior where she is a Chaplain. She enjoys spending time with her family and friends, curling at the Portage Curling Club, doing crafts, reading, and listening to music. If Amanda could give one piece of advice to the students of St. John’s it would be, “Trust the Lord with all of your heart and mind. You are His masterpiece.” 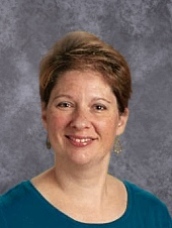 Meet Stephanie Helmann. Stephanie is the Food Services Director at St. John’s, sometimes referred to as “The Lunch Lady.” Stephanie graduated from Concordia College in Bronxville, New York, where she earned a Bachelor of Science degree in Education. She began her career at St. John’s in 2015. When you enter Stephanie’s kitchen, you may find her pretending she is on a cooking competition. When Stephanie is not in the kitchen, she enjoys reading and spending time with her children. If you asked for Stephanie’s advice, she would tell you to, “Do what you love, and you will never have to work at a job!”

Rejoice always, pray continually, give thanks in all circumstances;
for this is God’s will for you in Christ Jesus.
1 Thessalonians 5:16-18 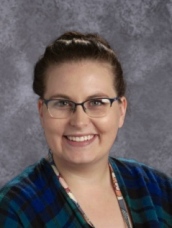 Meet Marta Winkelmann. Marta teaches Kindergarten at St. John’s. She is a graduate of Olivet Nazarene University, where she earned a bachelor’s degree in Elementary Education. Marta began her career at St. John’s in 2019. Prior to St. John’s, Marta taught at St. Jerome’s School in Columbus, WI. She enjoys being able to teach about Jesus. When you enter Marta’s classroom, you may find her class having fun learning. When Marta is not teaching, she enjoys crafting and playing with her kids. If you asked for Marta’s advice, she would tell you, “take life one day at a time.”

Therefore, my beloved brothers, be steadfast, immovable, always abounding in the work of the Lord, knowing that in the Lord your labor is not in vain.
1 Corinthians 15:28 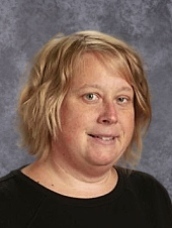 Meet Jennie Utke. Jennie teaches first-grade at St. John’s. She is a graduate of Martin Luther College in New Ulm, MN, where she earned a bachelor’s degree in Elementary and Secondary Education with a focus on English. Jennie began her career at St. John’s in 2019 as a substitute teacher. She started teaching full-time at St. John's in 2020. She enjoys sharing God’s Word with Jesus’ little lambs. When you enter Jennie’s classroom, you may find her class drawing, reading, and humming. When Jennie is not teaching, you may find her looking for bargains, and spending time with her daughter and husband. If you asked for Jennie’s advice, she would tell you, “Hard work will take you far, but faith in the Lord will take you farther.”

Commit your way to the Lord; trust in Him and He will do this.
Psalm 37:5 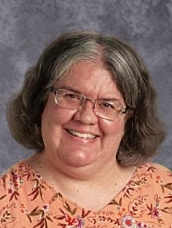 Meet Kris Winkelmann. Kris teaches 2nd grade at St. John’s. Kris is a graduate of Concordia University River Forest, where she received a Bachelor of Arts in Elementary Education degree. Kris has been teaching for over 25 years. Prior to teaching at St. John’s Kris taught at St. Peter’s Lutheran School in Waterford, WI, Immanuel Lutheran School in Hillside, IL, and Trinity Lutheran School in Elkhart, IN.  She began her career at St. John’s in 1998. Kris enjoys sharing Jesus with her students every day. When you enter Kris’s classroom, you may find her class making light sabers and practicing their Star Wars skit for the school talent show. When Kris is not teaching, she enjoys babysitting her two adorable grandchildren, playing with her two dogs, reading, doing crafts, and watching movies.  If you asked for Kris’ advice, she would tell you, “Smile every day!!”

But God demonstrates his own love for us in this, while we were still sinners
Christ died for us.
Romans 5:8 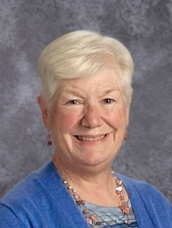 Meet Karen Tessendorf. Karen teaches 7th and 8th grades, and gym at St. John’s. She is a graduate of Concordia Teacher’s College in River Forest, IL, where she earned Bachelors of Arts degree. Karen has been teaching for over 40 years. Prior to teaching at St. John’s, Karen taught at First Lutheran in Knoxville, TN. She began her career at St. John’s in 2017. She enjoys teaching and working with all the people God has put in her path as she shares the love of the Lord Jesus. When you enter Karen’s classroom, you may find her class digging into books for the treasurers of learning. When Karen is not teaching, she enjoys sewing, crafting, reading, and gardening. If you asked for Karen’s advice, she would tell you “live each day to the glory of God because He is always with us.”

“Have I not commanded you? Be strong and courageous. Do not be frightened, and do not be dismayed, for the Lord you God is with you wherever you go.”
Joshua 1:9 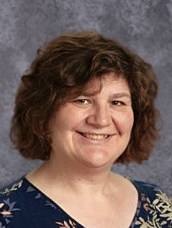 Meet Gretchen Hintz. Gretchen teaches 5th and 6th grades and Upper Choir at St. John’s. Gretchen is a graduate of Concordia University in Wisconsin, where she earned a bachelor’s degree with a double major in Elementary/Middle School Education and Music. She also attended Martin Luther College for a master’s degree in Educational Leadership. Gretchen has been teaching for over 25 years. Prior to teaching at St. John’s Gretchen taught at St. John’s Lutheran School in Racine, WI, and Immanuel Lutheran School in Wisconsin Rapids, WI. She began her career at St. John’s in 2003. She enjoys being able to talk with students about God throughout the school day. When you enter Gretchen’s classroom, you may find her class reading, working on art, reviewing learning concepts with classmates, and learning in multiple ways. When Gretchen is not teaching, she enjoys playing with her dog, Cindy, and cat, Charlie.  She likes reading and gardening. Gretchen also enjoys traveling, she has been to Europe, Africa, Australia, New Zealand, and China!  If you asked for Gretchen's advice, she would tell you, “Always be an imitator of Christ in your life.”

“Trust in the Lord with all your heart,
and do not lean on your own understanding.
In all your ways acknowledge him,
and he will make straight your paths.”
Proverbs 3:5–6 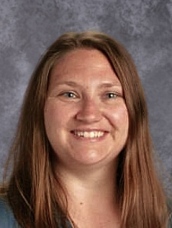 Meet Jackie Bauman. Jackie teaches 7th and 8th grades, and Lower Choir and Music. Jackie is a graduate of Hastings College in Hastings, Nebraska where she earned a bachelor’s degree in Elementary Education. Jackie began her career at St. John’s in 2008. She enjoys being able to teach students to find God in everything. When you enter Jackie's classroom, you may find her class doing hands-on projects. When Jacking is not teaching, she enjoys playing with her three dogs, Sara, Jacob, and Shadow, and one cat, Peanut. She likes to read, cook, listen and play music. If you asked for Jackie’s advice, she would tell you, “Mistakes don’t mean failure; they are an opportunity to learn and grow.  Use them!”

“’For I know the plans I have for you,’ declares the Lord, ‘plans to prosper you and not to harm you, plans to give you hope and a future.’”
Jeremiah 29:11